Published by Ana Rodrigues on the 11th December 2019

Needless to say, I am my cat's biggest fan. Literally her number one fan. She is a star in my eyes. Everything she does is cute so obviously she is the star of our Christmas cards ever since we adopted her.

This will be her 3rd Christmas with us although we nearly had a disaster earlier this year.

Earlier this year, in February, on a Saturday, I let Jessie out via the catflap as I would do every single day. She usually stays in our garden - at most she would jump next door but she would rarely stray more than one house away.

That day she didn't come home. I thought that maybe she went into someone's house and they took a liking and fed her and let her stay and she would come back in the morning. But I was really worried so I slept in the living room. All I wanted was to hear the catflap noise. But she didn't come home.

Sunday morning we decided to knock on neighbours' houses as we began to be afraid that she may have entered a high fenced garden and not be able to jump back. We also printed flyers with my phone number and put them up on trees.

She didn't come home that day. In fact, she didn't come home for 8 days and those were the most horrible 8 days I've lived this year (and in recent years). I wish I could say that in those 8 days the only thing that happened was missing her but it isn't true. The search for a loved pet makes you vulnerable. During that week, here is a list of things that happened:

I don't handle threats well, especially if made by men. And in that week I realised that I was vulnerable. Those men knew more or less where we lived, my phone number and that we were desperate to have our cat back. One of the tips to look for a cat is to look for it in the middle of the night. If a cat is scared, they are most likely to come when there are less car noises. So I was doing midnight, 3am and 6am walks around my block calling for her. So I began to be afraid of doing that.

We both became physically unwell and our mental health took a big hit. I got very paranoid and I began to be afraid to answer the phone. I needed to answer the phone if it was someone telling me they found Jessie, but all I could think about was the man on the phone being threatening because I wasn't giving him money.

But good things also happened. I received so many text messages from strangers saying that they were hoping that I would find her and that they were looking out for her too. My NextDoor post got very popular and I got to meet lovely neighbours who really cared. And from NextDoor I had two people who volunteered to come with us one night to call for her. I have tears in my eyes every time I think about how selfless those people were.

We also had so many people sending us photos of cats that did look like her and asking us if it was her. There was one poor cat in one particular street that was caught three times on the same day by different people. I'm sure that cat is still very confused about that weird day they had!

Eight days later, on a Sunday, I had officially given up hope. All I was hoping was that she didn't suffer, in whatever happened. At that point we did everything we could and we needed to get back to work. On that Sunday evening we received a phone call. Up until that point, most phone calls were about similar cats (all very well intentioned obviously) so I thought it was another one like that. I was afraid to answer the phone so I gave it to my partner and he answers it and just gets up and runs through the door.

Jessie was stuck a couple of numbers down in a neighbours cellar. Those neighbours have been away all week and had only just come back and saw our flyers and since something similar had happened to them, they decided to call for her in their cellar. And there was she was. Stuck underneath their floorboards and meowing through a hole in their cellar from which she couldn't get out.

I couldn't believe my own eyes and I couldn't stop crying. Jessie was a bit thinner but she was in good health.

There were other details from this bad experience. I remember when I went to a shop to print her missing flyers, my pen drive stopped working. And because I did those flyers in google docs I thought I could just forward them to the shop's email. Turns out, I couldn't open them without having an app installed. This whole situation happened while I was in tears and my 4G wasn't being fast enough.

I also learned that without social media, it is really hard to reach your local community. I had to join local Facebook groups and create a NextDoor account. I managed to buy a temporary number redirect but I couldn't help but still feeling exposed. I still needed my real phone number in flyers because most people use iMessage and WhatsApp.

Sometimes my husband had work commitments that didn't allow him to stay at home. I questioned my safety a few times when following tips from people.

But we had a happy ending, many people don't. This changed me so much. Before, I would take a photo of a missing pet and keep my eyes open, but now I am actually active in replying to people and hoping to give them the comfort and empathy that I once received. I volunteered to help search when my neighbour's cat went missing (another happy ending story!) and I keep an eye/am active on the groups I once joined when I needed help.

It is free to have empathy.

We would both like to thank everyone at Hactar who gave me all the time I needed to look for her and to look after her after she was found.

But now back to happy Jessie. She has put the weight back on! And more important than John Lewis Christmas ad: here is Jessie's 2019 Christmas card. 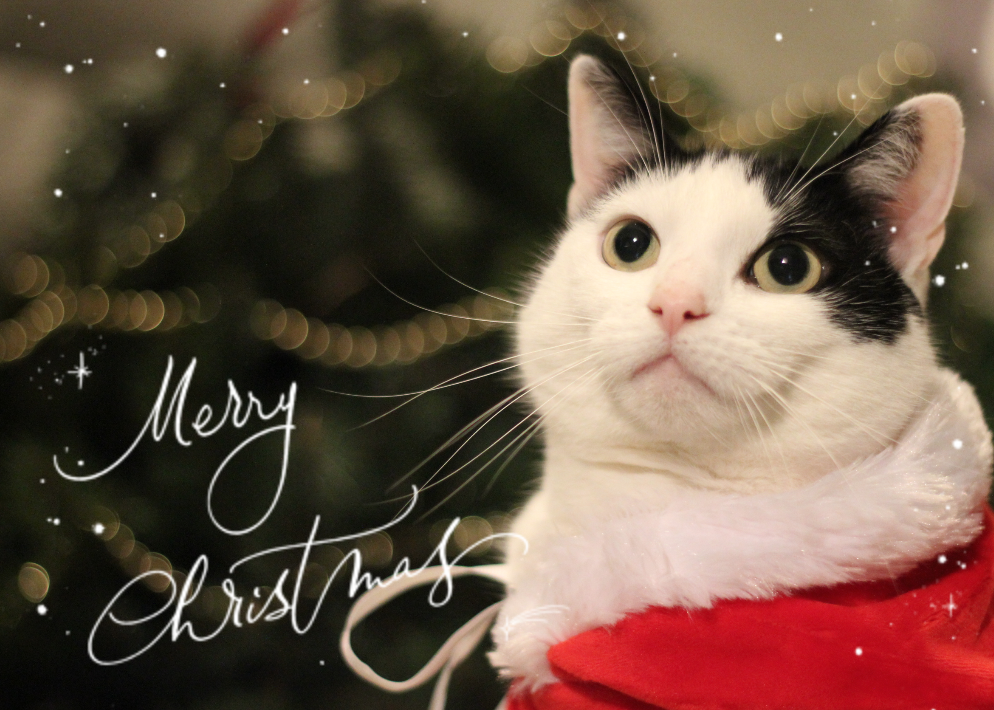 P.S.: You might wanna read my Developurrs interview with Jessie!