Published by Ana Rodrigues on the 14th November 2022

During a very late scroll through Tiktok, I stumbled upon a video that mentioned the word “mastrescence”, and I didn’t know what it meant. It’s like adolescence but for motherhood.

In April this year, I gave birth to my daughter. I shared this new stage of my life across some social media, but I left my blog for last. Some tidbits in this post will sound familiar to those posts on social media, but I’ve wanted to write about everything that happened in the previous year for some time now. This is probably going to be a bit meaty - but very likely to be the only post about it.

I should have written this before. After six months, I’ve had so many complex emotions and experiences that it is hard to put them all into words. I’m risking that this post will sound rushed.

After my miscarriage last year, things were pretty grim. It was bittersweet when friends announced their own pregnancies. I was, of course, happy for them but sad for myself. I remember the joy I felt when I saw my positive test 7 months later - what I didn’t anticipate was the overwhelming anxiety that followed for the next 8 months. I struggled so much. Every day I was terrified. Every day I was expecting the worst to happen again. Despite trying many positive affirmations, I was really living one day at a time. It was hard for me to feel happiness or even to daydream anything - I truly believed I was going to “jinx” it. I only told a handful of people that I was pregnant - primarily to people that would be impossible to hide it from.

My Instagram algorithm quickly learned that I had a loss and was pregnant again. It was self-infected torture to open that social media platform at one point. Despite it showing me relatable posts about the anxiety of pregnancy after a loss, it also showed me lots of posts about everything that could still go wrong. Every day I went to bed wondering if everything was still okay or if I would have terrible news at the next appointment. It was draining. I remember that on the day of my birthday, and I wasn’t in the mood to celebrate - all I could think of was the fear of having a miscarriage. Once I started to tell, very slowly, people that I was pregnant, I would break down crying. In my head, I counted how many people I would have to break the bad news to if something terrible was to happen. I was terrified of disappointing my family (again). Of course, no one told me that I had disappointed them in the first place, but my brain decided it was the reality. This fear grew, even more, when a close family member was diagnosed with cancer.

Eventually, I began to feel envious and resentful that I wasn’t living what most of my friends seemed to be living: a happy and hopeful pregnancy. I would see my friends posting photos and jokes and genuinely experiencing it. They weren’t “jinxing” anything by posting online - but as I said, in my head, I really believed that if I did the same, I would. Instead, I was overwhelmed with sadness and fear.

Since I wasn’t sharing that I was pregnant, I didn’t have anyone to speak to who was going through something similar, so I turned to online communities. While it was comforting to know that most people who were pregnant at the same time as me were also going through similar symptoms, it became triggering when people shared their sad news. I had spent some time looking up stats (how many pregnancies end in miscarriage and other problems found during ultrasounds) and became too aware. For example, in one of the groups I was in, I did the math of how many people could, unfortunately, leave the group based on statistics, and it ended up being very close. Seeing people announce their sad news was always upsetting, and because the numbers were adding up, I would panic that I would be next. Later in the pregnancy, I would panic if I didn’t feel my baby move for a couple of hours. And then, in the online community, I was in, premature babies started to be announced.

Needless to say, I was referred to the perinatal mental health team.

Towards the end of the pregnancy, my husband convinced me to do a maternity photoshoot. When I was getting ready, I broke down crying and shaking. My brain was telling me that I was going to jinx it. But I went through it, and I’m glad I did. I didn’t take many photos of myself, and I’m so happy I had this critical chapter of my life captured professionally.

Aside from my mental health, physically, all was well throughout the pregnancy.

After 13 hours of labour, my little girl was born. Unfortunately, I had complications and had to be rushed to the theatre. Not the smoothest start, but I was thankful we were okay eventually. I knew the first weeks would be challenging, but no one prepared me for how hard it ended up being.

My baby girl had a tongue tie which was missed by the hospital midwives, so she couldn’t latch on to me to breastfeed. It was horrendous being unwell and knowing your baby was hungry and couldn’t feed. I had no idea how difficult breastfeeding was going to be. Until we had her tongue tied fixed, I used nipple shields which is a whole task to clean and sterilise after every use. Then the sleep deprivation. No wonder sleep deprivation is a torture method. For me, it was weeks and weeks of having 3 hours of total sleep broken down into blocks of 45 minutes to one hour. I would get furious if someone told me, “sleep when the baby sleeps”, since my baby would only sleep in my arms. It’s brutal and unfair that paternity leave is only two weeks, so during the day, I was alone. I don’t have family close by, and my mother-in-law passed away a few weeks before my baby’s birth, so I didn’t have the village many people do.

By week 3, I was desperate. Somehow, now blocked from my brain, we pushed through. The exhaustion was still there, but on week 6, it became so much more bearable - my baby smiled at me one morning. It’s cheesy and typical, but at that moment, I forgot everything. Seeing her smile at me was everything.

You can take as many courses and read as many books, and you will still be learning on the job. At one point, I had 400 tabs open on my phone of things I searched. I even had tabs saved of things that haven’t even happened to us, but they were there just in case! My online activity was only to read what other parents were going through, and my brain was tired and overloaded. At one point, I thought I could have some postpartum anxiety. Don’t even get me started with comparing and worrying about your own baby’s milestones to other babies, the fear of going outside and having a freak accident happen, the fear of SIDS etc. I’ve been constantly worried, afraid and stressed.

I never thought I could be more pro-choice, but this experience made me even more angry and desperate that the world is regressing regarding the right to reproductive healthcare. I struggled so much, and this was something I really wanted - I can’t imagine what happens when someone is forced to go through this.

Is a baby expensive?

Yes and no. So far, it has been manageable - but we haven’t started nursery yet. I bought almost everything second-hand except a mattress, car seat, items for feeding (bottles, steriliser etc.) and hygiene products.

Towels, clothes (basically any clothing), stroller, and toys that can be washed and disinfected were all bought second-hand online. Apps like Vinted, Nextdoor and Facebook marketplace allowed me to save a lot of money and reuse perfectly good items, which are later resold.

Let me start by saying that I hated being a teenager, and I was a fool when I thought this would be okay just because I am an adult who has done a lot of therapy. But, as it turns out, this sucks too.

My baby is great! But my hormones, low self-esteem, new body issues, and new self-loath are… familiar. That part of postpartum sucks. I can’t stop comparing myself to other mums. I dread opening Twitter because there will always be one successful mum who does it all. And then there’s me who only just now, six months after, has a small routine where I can do the bare minimum of self-care. So, in fact, writing this is an achievement.

In one of my social media posts, I wrote about getting to know the new me. I’m trying hard to love the new me, but I am not there yet. I don’t necessarily miss the old me.

I wish I could accept that what I do daily is enough.

I wish I wasn’t constantly worried about my career and social life.

I wish I wasn’t sad that the social media algorithms have buried me.

I wish I wasn’t trying so hard to be cool and don’t talk about the most beautiful thing I’ve ever done.

I wish I didn’t feel so behind in my career compared to what I see in tech Twitter.

I wish I had new ideas.

I wish I didn’t have to buy new clothes that fit me.

It’s so strange how many people stopped reaching out to me, but it also feels good to have many new friendships blossoming.

It’s been hard to deal with specific childhood memories now where I’ve been mistreated and unloved. I look at my baby, and I know I could never ever treat her the way I was treated. It’s hard.

Then some days, I cry when my baby doesn’t fit in her clothes, and I have to move a size up. Seeing her grow up has been amazing, but then she does grow up, and I miss how small she was. I wonder if I am making the best of every minute because time is a thief. Just emotions all the time!!

But hang on, there have been changes that I like! For example, I no longer have time or patience for bullshit - I like that change in me. I’m now far more organised with my time. I get things done, and I’m more resourceful and patient.

Welcome to the hill

I’ve read a lot of takes about having a baby in this time and age. I have no interest in interacting with eco-fascists. So here’s the hill I will die on with no nuance.

You can’t be a feminist if you trash talk about mums and kids.

Adults and children who use hygiene products are not the sole cause of climate change.

Yes, the amount of people in the world has an impact, but it isn’t the powerless myself that is the sole problem. (Not that it matters, but I’m probably one and done).

Imagine where we would be if some people directed their hate for mums to their governments and corporations instead (you know, the ones that can actually do anything about it).

Wanting a family is human. 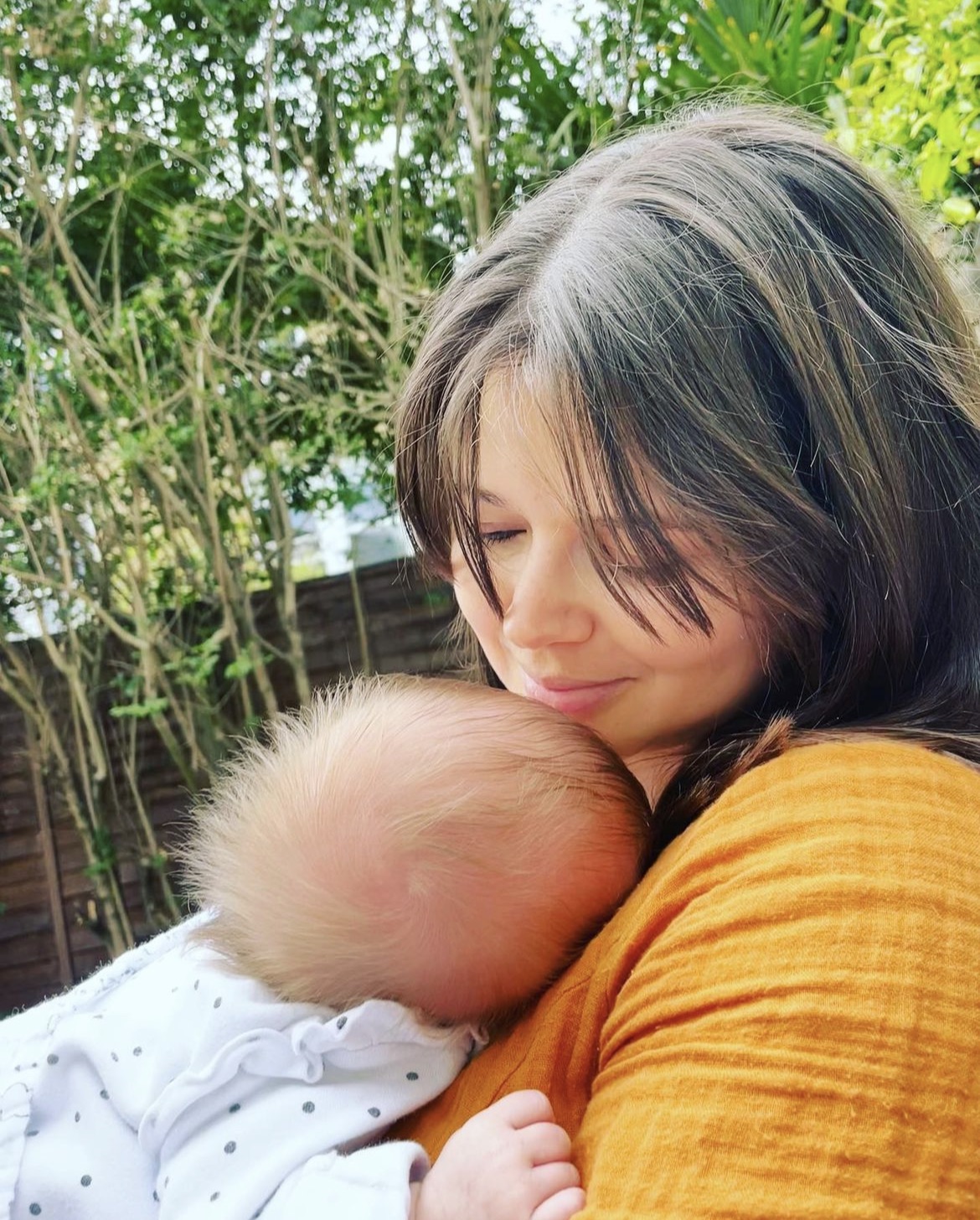